Top Tips for Saving Money on Your New Zealand Emigration

Emigrating to New Zealand is a life experience many people dream of, but having the funds to make that dream a reality is another matter. If you’re worrying about getting your finances in order ahead of a move abroad, take a look at our simple tips for making sure you’re not spending money unnecessarily.

The sort of climate you’ll be encountering on a regular basis once you’ve moved to New Zealand will differ considerably depending on where in the country you move. While it may seem an obvious point, the climate can have a notable impact on your day-to-day living costs, as more heating or cooling systems may be required. Consider the geography and climate of your chosen emigration location and calculate costs accordingly.

New Zealand itself is comprised of two main islands, the long, thin South Island and the slightly cross-shaped North Island.

The South Island has a large mountain range, the Southern Alps, running down its middle, which means that temperatures on the island are generally colder than in the North Island. This is particularly true as you move further inland, although temperatures are on average higher on the coasts of either island than the centres.

The North Island also experiences heavy rain and high humidity, particularly during the winter months. December-February also often brings temperatures that hit 20 degrees at their lowest point, so more spending on air conditioning is likely should you decide to move to the subtropical North Island.

2. Become a Master at Moving

New Zealand’s remoteness limits the methods of transporting belongings to the nation to by air or by sea.

Both methods have their benefits and drawbacks – in the case of air freight, this is by far the faster of the two options, often taking as little as 2-3 days from first loading your possessions onto the plane to their being delivered to your new home.

When it comes to costs, however, air freight isn’t cheap, often costing in excess of £6000. There is also usually a limit on how much you can put on the plane, which may prove problematic if you have a lot of items to transport.

The other option, shipping, does cost a great deal less but it can also take around a month for your belongings to arrive in the country after the ship leaves port.

On the plus side, however, you can generally fill a shipping container with a lot more than the allotted space on a plane, and if you don’t have enough to completely fill a container you can instead share the space with other users, only paying for the container capacity that you actually use.

This is more of a cost-avoiding measure than a money-saving one, but due to conditions in New Zealand’s geography, the point is still extremely valid.

New Zealand sits on top of a major division between two massive tectonic plates, the Pacific and Australian Plates. As a consequence of this, the country is hit with over 15,000 earthquakes on average every year, although most of these are extremely minor.

Even small magnitude quakes have the potential to cause damage to both property and possessions, however, so it’s well worth the time and effort to physically secure your home and belongings against quakes in order to limit any potential breakages and also ensure that you ride out any tremors in as much safety and security as possible.

The New Zealand Earthquake Commission has an easy-to-understand ‘Fix, Fasten, Don’t Forget’ website, which covers all the bases in making sure that your valuables and your home is secured in the event of a quake, which goes a long way to cutting possibly costly repair work further down the line.

While in the UK the most expensive places to buy property are usually in and around the capital, costs of living in New Zealand are comparatively cheaper overall in the nation’s major cities, such as Auckland, Wellington and Christchurch.

This doesn’t mean that there aren’t still high-price options in New Zealand’s biggest cities, but the relative difference in costs when comparing the UK and New Zealand allows for a lot more shopping around to get the prime location when emigrating.

When looking at locations further out in the country, prices drop off considerably, and across large swathes of the two major islands, public transport and air travel networks are well established, meaning that even a distant but affordable home doesn’t have to ruled out if you’re looking to commute to a new job on arrival.

5. Shop Around for the Best Broker

When you get down to transferring your funds to New Zealand, using a currency broker for the transfer can help you make your money go further.

Some currency brokers work on a fee-free basis and will assign you an expert account manager who will work to get you the best exchange rate possible – helping you cut the costs from the start.

There are several other benefits to using a currency broker rather than a bank to manage international money transfers, from having access to a range of specialist services (like the ability to fix an exchange rate up to two years ahead) and being sent regular market updates to keep you aware of the latest currency news.

If you’re planning a move to New Zealand, you could save money on your emigration by taking these top tips into account.


Where can you stay in New Zealand when you first land?

Apart from cats and dogs, what pets can I bring to New Zealand? 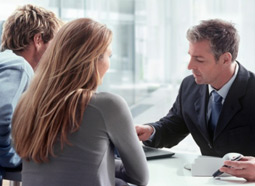 8 Reasons Why You Should Use a Currency Broker