Often called the North Island Volcanic Plateau, the Central Plateau is located in the centre of the North Island. The area is famous for its three active volcanoes: Mount Tongariro, Mount Ngauruhoe and Mount Ruapehu.

Taihape in the South, Ohakune, in the West, Taupo in the North and the Kaweka Ranges in the East mark the boundaries of the region that includes some of the most well known towns in the country. Ohakune proudly holds the title of “carrot growing capital of New Zealand” and, Turangi, for example, is known as the “trout fishing capital of the world”.

Most of the population of the Central Plateau lives on the shores of Lake Taupo, the largest lake in New Zealand and the largest freshwater lake by surface in Oceania. Tourism is a particularly important industry in this area, much due to the excellent conditions for activities such as skiing and fishing.

This region is also the largest area of manmade forest in the Southern Hemisphere. 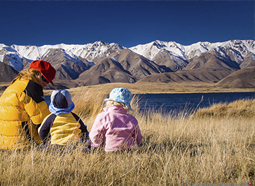 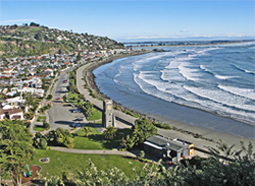 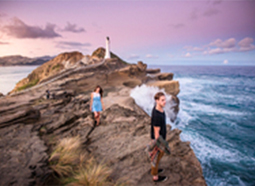